We continue to share with you the albums on the modern Bulgarian music scene that have impressed us over the last year. We are sure that everyone has found at least one of their favorites, be it a fan of rap, pop, metal or hardcore. If not – try now with the second portion of the authors’ collection in the “See the Music” project, to which we add blues and ethno. And not only. We wish you to listen to Bulgarian artists and support them in general.  Anytime. All the time. They deserve it!

PARAPLANNER feat. GENA – “ORBITA”
Less than a week after the release of “Zvyara” (The Beast), So Called Crew splashed their loyal fans with a new dose of fresh music in the form of the collaborative album “Orbita”. Following the success of their first joint track “Sedmoto kafe” (The Seventh Coffee), beatmaker Evgeni Enchev (GENA) and jazz fusion band Paraplanner decided to roll their sleeves up for an entire album together. Just a few months later, “Orbita” is in our hands and ears, and we enjoy the uncompromising mix of electropop, alternative R&B, deep atmospheric instrumentals and disco anthems for the dance floor. Both sides of the experiment jump out of their skin to show what they are really capable of. Nine pieces that introduce us to the personal catharsis and reflections of the frontlady Aleksandrina, accompanied by the attractive musical collaboration between her, Gena and Marieta Koynarska. We strongly recommend this album because you do not know when we will witness such a combination again.

F4 – “SPOGODBA”
One of the fresh and different additions to the rap category this year is the LP debut of F4. The trio was formed a year ago when producer Kamen Kolev – WARP and rappers Parkman and MishMash released their joint eponymous EP under the logo of the new Fantastic Four. We will leave you to guess who the fourth one is. Since then, the boys have not stopped releasing productions – the proof are the many singles, collaborations, videos and, of course, their new “Spogodba” (Covenant). They themselves define it as the best thing they have done so far. The short 10-track series shows again that quality is priority over quantity. In “Spogodba”, the two rappers showcase some of their cleverest remarks, word games, change-of-flow and unique team chemistry. WARP, on the other hand, comes with a strong arsenal of space mood instrumentals, extra depth and new ways of sounding. The three are more confident than ever and it is a matter of time before we can see to what levels their undeniable potential can reach.

TROMBOBBY x C-MO “THE YEAR WITHOUT A SUMMER” (EP)
What came out this month of May was a collaboration that we had always known couldn’t go wrong, but we never thought would see. “The Year Without A Summer” is the joint EP of full-time producer TromBobby and the sweet voice of Simo Zhelyazkov – C-mo. In addition to their ongoing work in their respective bands, Dayo and Southwick and Funky Miracle (who, by the way, have also got an EP very recently – in December), the two joined forces for a joint EP. The seven tracks are a wonderful blend of indie rock, alternatively R&B and neo-soul, spinning a short narrative about an apocalyptic picture, the erupting volcano of Tambora and one lost summer, accompanied by an endless road trip. The 24 minutes just prove why TromBobby is one of the most valuable and wide-ranging beatmakers on the alternative scene, while Simo is again a powerful vocal with a flair for the right vibe. The two collaborate more than successfully, creating some of the most atmospheric tracks such as the mythical “The Barber Of Baghdad” and “Play This When The World Ends”, as well as purely classic summer vibes like the eponymous track or “Matress”. Romantically laid back and at the same time super focused on the creative level – this is the year without summer of TromBobby and C-mo.

DESY “AUDIOBOOK”
Freshy fresh directly from the oven is Desi Andonova’s debut solo album with her artistic nickname Desy. Known for a lot of projects with other people, including in the circles of the aforementioned DAYO and Southwick, she has never stopped presenting wonderful vocals here and there in some of our favorite Bulgarian songs. Well, the waiting for the solo project came to an end when Desy bombarded us directly with 10 songs in the form of the album “Audiobook”. Feeling completely at ease, she tells the story of two lovers from her personal perspective in an audiobook that takes you to other worlds each time you listen to it. She defines the songs as “music stories”. From the bottom of the soul, dreamily-told fantasies, at the same time, the comfort of shared love and the atmosphere of a cold, almost gloomy sunset, against which you walk alone in the street with your hands in your pockets. In different moods and environments the 42 minutes can seem like 20 minutes or 2 hours. The ever-changing dynamics, however, carry the necessary internal diversity. Desy is stylish, ethereal, sings like no other and doesn’t give a toss about anyone. All this can only be deduced from her debut album, topped with beautiful production and vocals for millions.

DELTA ROOSTERS “BLUES AND RHYTHM”
We abruptly change the genre and return to early 2019 when in February the long-awaited, dreamy and carefully prepared Delta Roosters debut album “Blues and Rhythm” finally saw the light of day. We smoothly slow down the pace and dive into the world of blues and rock back in time in the Mississippi Delta. Here the blues is on a pedestal as the highest musical form, expression of emotions and state of personality, proudly stated through a song in an original album in Bulgarian. Yes, completely. And the musicians in “Blues and Rhythm” are well known faces: Anton Serkedzhiev – vocals, guitar, Peter Georgiev – Pesheto – guitars and what guitars!, vocals, Radoslav Milev – bass, vocals, Lyubomir Bozadzhiev – drums. Classic, ultra-professional bluesy romance (“Samo edno”/ Only One), dance rock and roll steps (“Mozhe bi zabravi”/ Maybe You Forgot, “Momiche v byalo”/ Girl in White), little nighttime music with nostalgia for love (“Cheren Pat”/ Black Road) and the sea (“Moreto samo zhivite obicha”/ The Sea Only Loves The Living) and stylish sound accents with violin, harmonica, good guitar and Hammond organ.

LAST HOPE “PEACEMAKER”
And again a sharp genre turn. The most famous Bulgarian hardcore band released “Peacemaker” only at the end of November, but it has already won the fans’ hearts. Native underground fans of the hardcore are ready to split the crowd in two, whip their hairs and quiffs and tear their vocal cords as soon as they hear Last Hope “cooking” a new album. It contains 10 English-language earthquake hardcore songs. After 3 years of album breaks, again they breathe fire and heavily landing thunders – something that your humble neighbors would certainly not enjoy. The cover is the work of guitarist Dido Peshev, who has also made illustrations for bands such as Metallica, Gojira, Ghost, Mastodon. The long-awaited album was recorded in Italy (like the previous one from 2016), and we learned from Z Rock that Tue Madsen, whom we know from his work with Madball, Dark Tranquility, Meshuggah, Moonspell, is also involved. Among the 10 tracks in the album we will also distinguish guest musicians from Vendetta, First Blood and Risk It. Well, if you haven’t listened to “Peacemaker” by now, is it clear why their productions are world-class?

OUTRAGE “CATHARSIS”
And while we’re on the hardcore / metal / punk wave, we can’t miss Outrage from the marine capital. Their heavy, gloomy studio album, “Catharsis”, features 14 tracks with heavy, meaningful social messages. In Bulgarian! This is what the people from Varna say about the style limits: “We don’t sing about love, but about more serious things. About what we are facing. Life in Bulgaria is not easy at all. ”We hear it in aggressive guitars, in chaotic (in the good sense) drums, in angry references. In metallic punk themes about freedom, gray reality and humble feelings. Again, an album as a “gift” to your neighbors, lol. And they may even appreciate it!?

At the final of our BG Music Collection 2019 (if you still did not check the first part of the compilation please do it) we make sharp genre turn to present you two Autumn albums we could not miss!

OUTHENTIC “TRANSPARENT”
We have left an even sharper genre for the end. The ethno jazz band Outhentic released their second album “Transparent” in October. A relaxed, sunny mix of authentic folklore, high-quality jazz and flights of the imagination on the wings of Zhivko Vassilev’s kaval, the vocals and percussions of Raina Vassileva. To these we add Borislav Iliev (guitar, tambourine) and Stoil Ivanov (drums, percussions). Outhentic is gradually and successfully gaining more and more fans with its specific sound and the ambitious goals of their eponymous foundation: preserving, spreading and promoting Bulgarian folklore and traditions at home and abroad. The founders’ idea is to encourage the formation of spiritual values ​​and enrich the musical culture of young people. Do you also feel that in their music?

SPECTRUM “CROSS POINT”
The elegant a cappela formation Spectrum released an equally elegant debut album in early November. The song compilation incorporates pop, jazz, funk and Bulgarian folklore into a colorful vocal palette. Its reflects both the personalities of each of the musicians in Spectrum and the music world they create together. You can enjoy multi-layered harmonies and rhythms, new approaches to sound and human voice, and spectacular folklore accents in Yulia Tsenova’s “Give, Grandma, Fire” arrangements in an original treatment of Nasko Kulinsky and the folk song “Dinner Rado”, arranged by Konstantin Beykov.

This is how “See the Music” saw the 2019 Bulgarian albums, capturing in studio records our many-faced scene and the Bulgarian musicians inspired by everything around us. No genre restrictions, no sound boundaries, professional, sincere and outspoken in search of a place in the sun. What will 2020 be? Well, we’ll see. Actually no – we’ll hear it quite soon. 🙂 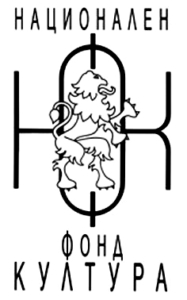